by: Samantha Pearson in São Paulo
For Salete Chacon, a retired school teacher from São Paulo, the events of the past few weeks in Brazil are disturbingly familiar.
She says efforts to impeach President Dilma Rousseff are nothing short of a coup attempt by the opposition and the wealthy elite, a repetition of the plot she fought against in 1964 that ushered in Brazil’s 21-year military dictatorship.
“I’ve already lived through this in the 1960s: the witch hunts, the atmosphere of intolerance and fascism,” she says.
While polls suggest that the majority of Brazilians do not agree with Ms Chacon — almost 70 per cent support Ms Rousseff’s impeachment — these are not the ramblings of a lone conspiracy theorist either.
Over the weekend, hundreds of thousands of supporters of the ruling Workers’ party (PT) took to the streets across Brazil, many genuinely fearful of an impending coup and the breakdown of democracy.
As Brazil’s sweeping corruption investigation reaches the top levels of government, threatening to divide the country down traditional class and racial lines, the rule of law will be put to the test like never before.
Just one mis-step from Sérgio Moro, the federal judge leading the probe, or any of his colleagues could validate claims of a judiciary-backed coup, enraging swaths of the population and sapping confidence from the country’s nascent institutions.
“It is fundamental that judges appear to be impartial to help in the process of consolidating democracy,” says Silvio Luiz de Almeida, a professor of philosophy of law at São Paulo’s Mackenzie University.
So far, Brazil’s judiciary has been praised as a shining example of institutional strength in the emerging markets. The very existence of the corruption probe into Petrobras is testimony to the independence of Brazil’s new, largely foreign-educated, generation of judges, public prosecutors and police officials as well as the efficacy of recent reforms that build on Brazil’s 1988 constitution, analysts say.

That is not to say the judiciary is apolitical. Passing the public test to become a judge requires years of full-time study — something that is largely only possible for wealthier Brazilians, who also tend to be white and sympathetic to the opposition PSDB party, says Ivar Hartmann, a law professor at FGV in Rio de Janeiro.
Few were surprised by revelations last week that the judge who filed an injunction against Luiz Inácio Lula da Silva’s controversial ministerial appointment had posted anti-government messages on his Facebook page.
Meanwhile, after 13 years of the PT in power, most justices in Brazil’s Supreme Court are appointees of the ruling party, if not open supporters of Ms Rousseff and her mentor Mr Lula da Silva.
However, while the judiciary may not be apolitical it can still act apolitically, says João Augusto de Castro Neves of Eurasia Group.
“The biggest proof will come when Dilma falls and we see what happens with the investigation — my view is that it will continue.”
Similarly, the Supreme Court has fought to prove its impartiality. Justice Luiz Edson Fachin, a PT ally who was picked at random to rule on a colleague’s decision to block Mr Lula da Silva’s ministerial appointment, refused to take on the case on Monday on the basis of his friendship with one of the lawyers in the case.
The fate of Brazil’s judiciary, though, largely rests with Mr Moro, the Harvard-trained federal judge in his early 40s who has been hailed as ‘Super Moro’ by anti-government protesters.

In his attempts to mobilise public opinion in favour of his zealous war on corruption, Mr Moro has come dangerously close to overstepping the mark, analysts say.
His most controversial move came last week when he released recordings of Mr Lula da Silva’s private phone calls, including one with Ms Rousseff which was said to prove the ex-president was appointed as minister just to save him from jail.
Mr Lula da Silva is facing arrest over charges of money laundering in connection to a beachside apartment at the centre of the corruption scandal — allegations he denies.
Mr Moro said Brazilians had a right to know more about those governing them. He has previously argued the need to use “enlightened public opinion … to address the structural causes of corruption”, taking inspiration from the ‘Clean Hands’ corruption investigation in Italy in the early 1990s.
However, for the PT and many jurists, the move was illegal given Ms Rousseff’s constitutional protections as president. As soon as he knew the conversation was with Ms Rousseff “he should have sealed the recording and sent it to the Supreme Court,” says Eloísa Machado de Almeida at FGV.
In a similar vein, Mr Moro publicly thanked anti-government protesters this month for their support, inviting criticism that he was interfering in the political process.

Petrobras posts record loss amid oil rout
Scandal-hit Brazilian producer loses $10.2bn in fourth quarter
Others have questioned Mr Moro’s decision to detain Mr Lula da Silva earlier this month and accused him of using preventive arrests to bully suspects into agreeing to plea bargains.
“Legitimate questions are being raised but they are more stylistic than substantive,” says Paulo Sotero, director of the Brazil Institute at the Wilson Center. The larger crime at hand — systematic theft from public coffers and the destruction of Brazil’s largest company — takes priority, says Mr Sotero.
While the PT says it is a victim of a coup, it is actually a victim of its own success, analysts say. If Mr Lula da Silva is convicted over the scandal, it would be both the party’s downfall but also its biggest achievement — proof of the independence of the institutions that the PT helped develop.
Even Ms Chacon recognises the irony: “however much you hate Dilma there has never been a government where investigations can run so freely.”
Copyright The Financial Times Limited 2016. All rights reserved. You may share using our article tools. Please don't cut articles from FT.com and redistribute by email or post to the web. 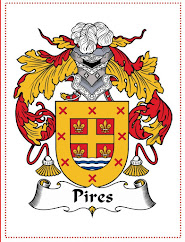 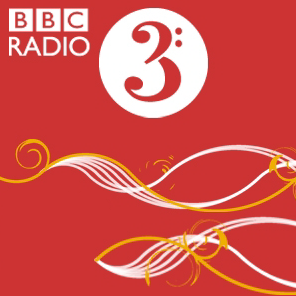